The 7 Deadly Sins of Marketing: Pride Pride, envy, wrath gluttony, lust, sloth and greed. We all at some point in our life have to deal with one, or all, of these in our own lives. They can negatively impact us if we fall prey to any of these but we also can be affected by them when these sins are displayed by others.

But what happens when marketers display them in their marketing efforts? Or, when senior leadership live by some of these sins? I recently read an article by a prominent marketing organization talking about how these things are good. Taking pride in your work isn’t a bad thing, but becoming prideful is different. In this article series, I’m not going to necessarily focus on the good – but about the traps that businesses fall in that are detrimental to themselves, their customers and their teams. We’ll start with pride.

Pride by definition: a feeling of deep pleasure or satisfaction derived from one’s own achievements, the achievements of those with whom one is closely associated, or from qualities or possessions that are widely admired.

Not so long ago, someone pointed at my bio or LinkedIn profile and said, “See, this is how it should be set up.” My anti-pride filter kicked in, and following the meeting I actually asked the teammate not to use me as a reference but to find another teammate to feature. That may seem rude to you, but I “know me.” There was a time in my career where I remember “knowing” I was good at what I do. But, to be frank, that’s not a healthy place. I’d actually prefer to think that I, from a lot of different perspectives, can always improve. That’s healthy for me and helps me to strive not for myself, but on others behalf. For those that are close friends, they know the “why” behind my approach. So, to prevent me from being prideful, it’s never “I”, always “we”. I can’t do anything on my own, but along with my faith, we can always do things as a team, together. And, no matter how much of a role I play in something, I’d prefer to share the credit. I know that’s a mentally healthy place for me and a quality that I think every servant leader should have. That may make me too much of an open book for some of you, but it’s true.

So, ok, what does this have to do with marketing? Well, actually a lot.

First, we know that authority plays a huge role in marketing. In Dr. Robert Cialdini’s book Influence, we learn that people honor the lead of credible, knowledgeable experts. In the book, he outlines how physiotherapists have higher success rates with their patients if they display their diplomas on the walls of their office. Check out the video below for a few other examples:

Signaling to others that you have authority is incredibly powerful – however, at one point does it become more than credibility? According to a study from MarketingWeek, 58% of adults don’t trust a brand until they’ve seen proof it kept its promises. Why? The believe brands are arrogant and that their purposes are ingenuine. In addition, they stated that they believed that 40% of brands are pushy and 57% should be more careful where they placed their digital advertising. The moral of the story here is that it’s ok for us to state our credibility, but be careful in being arrogant and disingenuous.

So, we know that authority is important, but we also know that authenticity is better. These two elements play a lot of roles in terms of digital marketing and the impact of a given message.

Second, authority and authenticity directly relates to digital marketing and of course, search engine optimization. In August 2018, Google confirmed a major core update – referred to as the Medic Update – Google placed additional emphasis on three elements of its search algorithm, expertise (E), authoritativeness (A), and trust (T). These three elements make up the acronym EAT, which are discussed throughout Google’s Search Quality Evaluator Guidelines. These elements of course relate to pride as a website author – in order to be seen as an expert according to Google – must show their expertise (through educational proofing or quality writing), authoritativeness (through linkbuilding, social sharing, etc.), and trustworthiness (do others trust or believe in your content?). So, while pride can be dangerous, elements like social proofing, stating your background and expertise, are critical – but, again, consumers traditionally don’t like brands that brag frequently so the effort typically doesn’t need to be over the top.

Now, with that said, you have to know your audience. I’m a big Atlanta sports fan and some of you likely have taken notice that the state of Georgia has seen some recent successes – outside of the Atlanta Falcons. This includes the Atlanta Hawks.

If you’ve ever seen an NBA game, you know that the swagger and Trae’s shimmy after a 3-pointer are all part of the mental game. There are select target markets and brands where these elements are expected. I wouldn’t tell a brand like Supreme or Gucci to not have an element of elitism because that’s part of who they are as a brand. However, those elements are less about the “pride” of the brand but more about the pride of the consumer. Again, I would say that 95% of the brands that we at Forum work with are not in this space, but there certainly is a place for them in the spectrum of brand behavior – but it is rare.

Pride Before the Fall

The last thing we’ll cover on the topic of pride is this: if you’re not careful, pride can destroy you and your company. Let’s travel back to the Winter Olympics 2022.

Yes – it’s shocking. No, we don’t believe this was a time traveler from the past (see time traveling TikTokers for reference) – but simply someone using a disposable camera. It’s incredibly rare to see these as at one time these cameras were a cultural mainstay.

When I was in high school in the late 90’s, these disposable cameras were seen as frequently then as smartphones are today. However, as digital cameras became more and more popular, Kodak executives basically went “Flat-Earth” and denied that digital photography would ever be accepted. They went as far as stating that traditional photography would always be the primary alternative to digital. If you read remarks even in 2007, executives were refusing to accept that they had lost the digital landscape. Today, Eastman Kodak is a primarily commercial company that offers printing and specialty services with some limited product offerings for consumers printing on their inkjet printers at home and/or for traditional camera film. However, their own pride in refusing to see the changes occurring in their own industry lead to their downfall. In the case of Kodak, pride – or their own belief in their abilities and the context in which they were operating – lead to their near collapse. 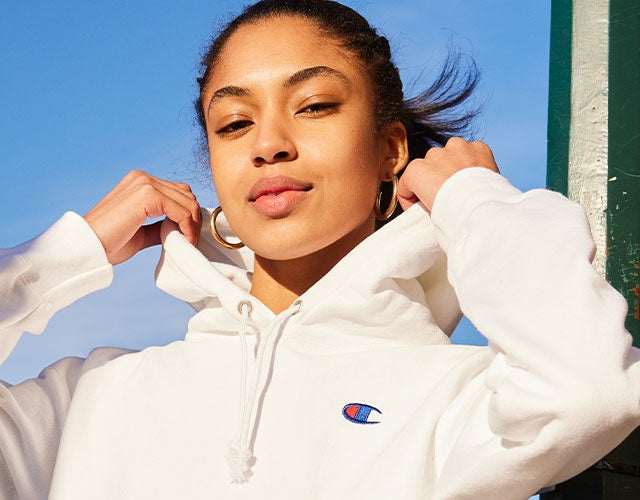 However other brands, like Champion, have found ways to be cool again. Champion has served as a sportswear brand since 1919. The brand is best known for its sweatshirts and until just a few years ago, was considered an unpopular brand. However, brands like Nike, Off-White, Fear of God, and others have made comfortable sportswear “cool” again. Champion began pursuing collaborations with brands like Supreme and Vetements to create cool new designs, or even bringing back classics, to revitalize the brand. They’ve used Instagram and other platforms to revitalize their look to become a premier brand again, especially in streetwear. Champion executives found a new rhythm to revitalize their efforts because they were paying attention to the contextual environment in which they worked. It wasn’t about pride, although it might be now, but they found an opportunity and capitalized on it. Many organizations struggle to “get out of their own way” to become successful. Looking beyond themselves and working to meet and fit the customer’s needs is how any company can become, and remain, successful.